I was riding in an Uber in New Mexico and was struck by my drivers hands. She was about my age, straddling that line between her 40s and 50’s. That age where your clothes or hair might not give away your age, but your face and hands sure do. She was listening to the local top 40 station, driving a sporty SUV. She liked driving for Uber, it gave her some extra cash, filled up some gaps of time in her day. She warned me the area I was going to wasn’t a good place to be walking around with my pack on, and that when I was done at the gardens I should call another Uber to my next destination instead of walking as I had planned. “I’m sure you can take care of yourself, but this area has been hit hard by drugs and you stick out around here. Trust me on this”. So I did.

Over the next week I would take dozens of Uber rides with a variety of drivers. A young woman who had recently moved to New Mexico from Louisiana. A retired cop who had spent his professional career undercover as a narcotics officer, he was glad to be retired and to be able to wear his hair short. A former scientist who told us all about Los Alamos.

And as we talked, I’d watch their hands. Gripping the wheel, fiddling with their water bottle, checking their app, or gesturing to accentuate a point in their story.

One of the first things I notice about a man is his hands. My ex-husband has big hands. Thick. He had a habit of hitting things back in those days, thankfully I wasn’t one of them. His hands were often cut up, raw on the knuckles. He had a job as a milk man, he worked hard and in the elements. His hands were rough to the touch. Those same hands would hold mine through some dark days. They would diaper our babies, turn the pages of books he would read to our children. The last time I remember holding hands was the day his father was buried. We were in the last phases of save-our-marriage mode.

When I was a little girl I loved holding my mothers hand. She had small hands, but her fingers were long and slender. Her nail beds were kind of flat and her nails were never polished. She had pretty hands. She didn’t bite her nails or her cuticles like I did. They were always cool and dry. She didn’t particularly like to hold our hands, ours were hot and sticky as childrens hands tend to be. The last time I held her hand was the day she died. Her hand was cool and dry.

When my babies were little I loved to marvel at their chubby little fists. I was mesmerized the first time my daughter reached out and grabbed a toy. Her impossibly small fingers grasping the ring of toy keys and pulling them to her mouth. Her fingers long and slender, I thought she might have my moms hands when she grew up; but they actually look a lot like mine. I was glad for that. They aren’t pretty, but they are warm and kind.  My youngest has his dads hands. We joke about them being beefy. The knuckles don’t punch things, so his hands are smooth but strong. I wonder at the things he will accomplish one day.

When I think about the men I’ve loved, I think about their hands. The sculptor, with his large broad hands. Long fingers, dusky pink nail beds fading into brown skin. Strong hands that delicately mold wax and beat metal.  The way he could scoop me up into those hands and make me into any shape he wanted. Rough thumb running across my lips, dripping honey. When he held my hand I felt dwarfed by him, enveloped.

The photographer with his smooth hands, who would hold my hand on car rides, and under the table during meals. Who could tell when I was sad or anxious and would reach out, slip his fingers in mine, and give me a quick squeeze “I’m here, I love you, it’s ok”.

Chris. With his mechanics hands.  Who used his hands to teach his boys, to lift mine up onto his shoulders. Who meticulously taped a $20 bill to the bottom of my daughters plant when she went away to college, her “emergency cash” he called it. Who could take anything apart and put it back together. Except me.

My hands. They’ve punched walls and windows in my angry youth. They’ve trembled in fear, in anger, in sadness. They’ve held my breast up to the mouth of my babies. Wiped their tears, cradled their heads.  They’ve typed out more words than I’ve spoken. They’ve traced down the backs of lovers. Flipped the pages of books. Fixed up an aging house.

15 years ago, I met a man who would end up being one of my best friends. He’s held my hand many, many times over the years. To this day when he picks me up for lunch, the first thing he does is grab my hand in his. No matter what is going on in my world, that moment always makes me feel safe and loved. Unconditionally.

On my way home from New Mexico, as I was disembarking my flight from Albuquerque to Denver, a woman reached out and grabbed my arm. She looked up at me somewhat frightened and said “I don’t know how to get to my next plane”.  With very broken english she told me where she was headed next, Washington D.C. Along the way, she told me she had recently lost her husband and her son, and was headed to meet her other son. I still don’t know where she originated, or if DC was her final destination. As hard as we were both trying, we struggled with the language barrier.  With her boarding pass in hand, I tracked down her flight and walked her to her gate in another terminal. The gate attendant got her seat assignment, and as the plane was already mostly boarded, I was able to walk her to the door.

As we were parting after our brief excursion together, she grasped both of my hands in hers, looked up into my face and said “thank you”. And then she hugged me and got onto her plane. There was no language barrier in that moment. Just two people briefly holding hands, silently wishing each other well. 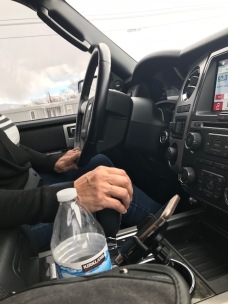 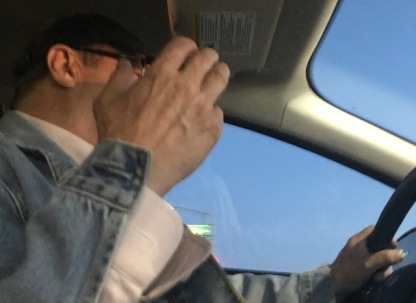 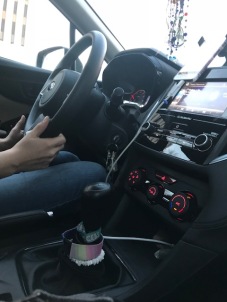 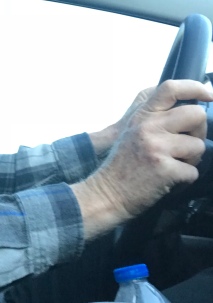